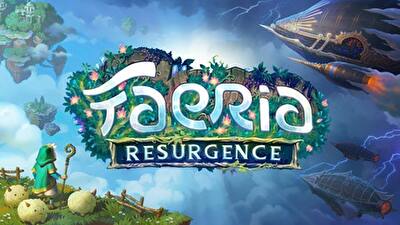 Corruption spreads across the world, threatening to taint all things good and pure. New monsters and wicked men flock to the Imperial banner, hoping to share in the spoils of war.

Despite suffering great losses, hope blooms in the hearts of those who choose to fight back. Victory, against all odds, appears to be possible with new allies joining the cause.

Command the embattled Radiance with the help of its noble imperial captain, Banon.

Resurgence tells the story of Banon’s rise against the forces of the Emperor!

Stoke the flames of war with the Wrath of Ignus himself.

Lay your allegiance with the cult of Ignus to refresh your power wheel in the same turn! Use it to your advantage and make every choice count.

Turn the size of your opponent’s hand against them with a selection of haunting new cards.

The Blightborn Spectre of the deserts grows stronger with each turn your opponent’s hand is full. Use the powers of the Dustbringer Wraith to help them get there.

Jump into action with the featured subtype of Resurgence: The Tritons!

Summon a set of powerful Tide Lords, or be more strategic with a force of Triton Tacticians.

Oh, and there are yaks... You didn’t think there would be no Yaks, did you?

Resurgence also adds a unique Avatar, Orb, Well and Card Back to your collection.

Climb aboard the Radiance and join the final fight against the corrupted Emperor!