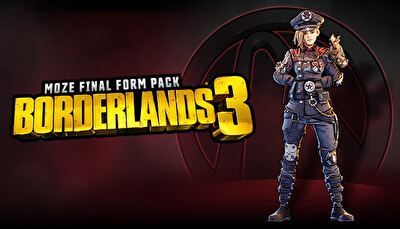 The Multiverse Final Form Moze Cosmetic Pack imagines what Moze the Gunner would've looked like if she never became a Vault Hunter! In the "Commissar Andreyevna" outfit, Moze rose through the ranks of the Ursa Corps to become one of the most decorated officers in the entire Vladof army, having successfully foiled the ambush at Darzaran Bay.