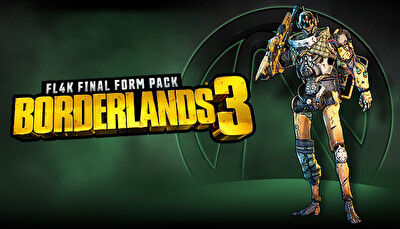 The Multiverse Final Form FL4K Cosmetic Pack imagines what FL4K the Beastmaster would've looked like if they never became a Vault Hunter! In the "Grand Archivist" outfit, FL4K ascended from a mere indexing unit to Grand Archivist, tirelessly protecting a vast library of data as only an AI can.