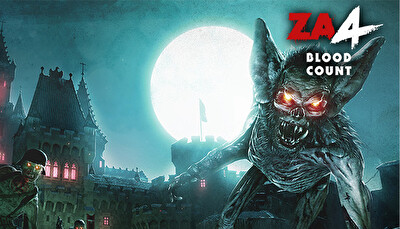 Transylvanian undead? SS Cultists? These are the LEAST of your problems in this brand-new campaign mission for Zombie Army 4. Break into an abandoned castle, unravel the mysteries of the occult and drill deep into the crypt’s darkest secrets…

Explore a brand-new location in this terrifying mission for 1-4 players, complete with new enemies, collectibles, achievements and more! The Führer may be gone, but the Dead War rages on!