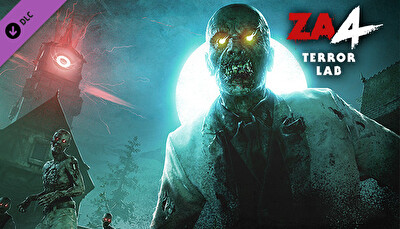 The Führer has been defeated, but THE DEAD STILL RISE. Infiltrate a mysterious laboratory, tear your way through zombified researchers and solve the mystery of the zombie scourge!

Explore a brand-new location in this terrifying mission in co-op or single player, complete with new collectables! The Führer may be gone, but the Dead War rages on!

Please note that downloadable content for Zombie Army 4: Dead War cannot be accessed when playing in Signed out mode. Signed out mode players will be given a separate save file, as progress is not shared between Signed out mode and players signed in to the Epic Games Store.