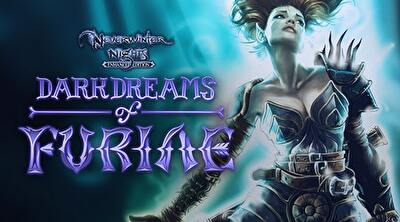 Dark Dreams of Furiae is a fantasy RPG module for Neverwinter Nights: Enhanced Edition. The characters and events of this module coincide with the official Dungeons & Dragons tabletop campaign, Baldur’s Gate: Descent into Avernus.


Dark Dreams of Furiae: A City on the Edge of Hell

In the fallen city of Furiae, ruled by devils and despots, a quiet war wages for the hearts and minds of the people. Into this chaos, a new arcane substance is smuggled: worldwine. Worldwine is deadly to devils, and turns mortals into dream-addled fanatics.

As a mortal of Furiae, you have a vested interest in this new operation. Could worldwine serve as a tool against the oppressive regime? Or will a passive populace simply succumb to their rule? What dark forces hide beneath the city, feeding on the dreams of the afflicted? Fight to save a damned city in this planar mystery adventure…