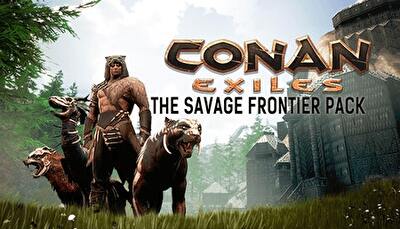 + 15 new armor pieces in three sets, such as the Pictish Warchief Heavy Armor.
Light, medium and heavy sets with an epic end-game version of each.

+ 5 all new pet skins which can be used with the new pet system.
Have your own exclusive looking wolf, bear or panther pet.

All the new content from The Savage Frontier Pack is exclusive to this DLC and adds a host of new visual options but does not give any in-game advantage in power. All the new items have comparable stats to existing items.