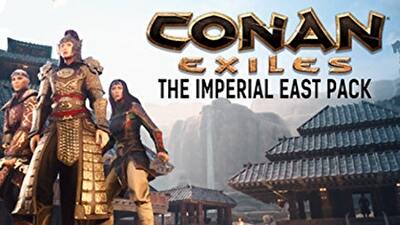 + 15 new armor pieces in three sets, such as the Khitan Officer Armor.
Light, medium and heavy sets with an epic end-game version of each.

+ 9 new weapons in one Khitan weapon set.
Same power as iron weapons with an epic end-game version of each weapon.

+ 25 new placeables, such as a dragon idol and hanging lamps.
Can be created at an all new Khitan Artisan station.

All the new content from Khitai is exclusive to this DLC and adds a host of new visual options but does not give any in-game advantage in power. All the new items have the comparable stats to existing items.