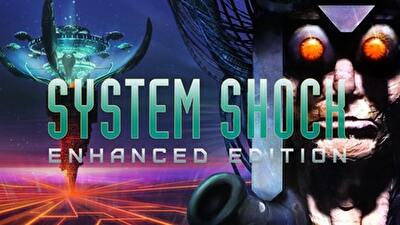 You're a renowned hacker, the most notorious cyberspace thief in the corporate world. Caught during a risky break-in, you become indentured to Diego, a greedy Trioptium exec who bankrolls a rare cyberjack implant operation. After six months in a healing coma, you awaken to the twisted aftermath of a terrible disaster. Where are the surgeons? Why is the station in such disrepair? Slowly, the chilling realization that something is very wrong creeps over you.
Once a prime corporate research facility, Citadel now teems with mindless cyborgs, robots and terribly mutated beings, all programmed to serve SHODAN, a ruthless A.I. There's scarcely time to think before it unleashes the first terror...

Exactly twenty one years after its first release, System Shock is back!
The Enhanced Edition adds a modern touch to this true classic gem, without taking anything from its unmistakable atmosphere.
See for yourself that the game that has been called the benchmark for intelligent first-person gaming, has lost nothing of its ability to keep you on the edge of your seat.