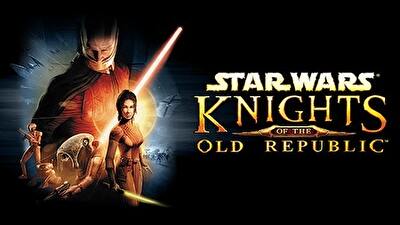 GamersGate
Star Wars: Knights of the Old Republic
26 min ago
$9.99

STAR WARS SHADOWS OF THE EMPIRE
$2.09

Four thousand years before the rise of the Galactic Empire, the Republic verges on collapse. Darth Malak , last surviving apprentice of the Dark Lord Revan, has unleashed an invincible Sith armada upon an unsuspecting galaxy.

Crushing all resistance, Malak’s war of conquest has left the Jedi Order scattered and vulnerable as countless Knights fall in battle, and many more swear allegiance to the new Sith Master. In the skies above the Outer Rim world of Taris, a Jedi battle fleet engages the forces of Darth Malak in a desperate effort to halt the Sith's galactic domination.

Hundreds of Jedi Knights have already fallen in battle against the ruthless Sith. You are the last hope of the Jedi Order. Can you master the awesome power of the Force™ on your quest to save the Republic? Or will you fall to the lure of the dark side? Hero or villain, savior or conqueror... you alone will determine the destiny of the entire galaxy!