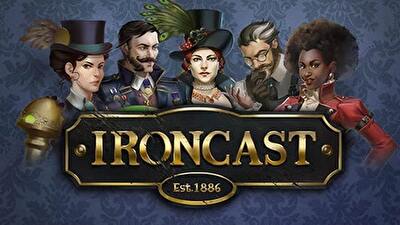 Steam
Pack
Ironcast Complete Collection
4 hours ago
$18.37
In order to buy Ironcast, select the offer that suits you from the list. Click on it, after which you will be taken to the store website where you can buy Ironcast.

Inspired by Victorian-era science fiction writers such as H.G. Wells and Jules Verne, Ironcast is set in an exciting alternative history; a time when refined men and women in top hats and bonnets commanded gigantic walking war machines, laying waste to the enemies of the British Empire! Take control of a 7 meter tall walking vehicle called an Ironcast and face off against an invading force of enemy Ironcast in order to defend 1880's Victorian England.

Battles are fought by generating resource nodes which in turn drive the Ironcast's various weapons and systems. You must choose how to spend these nodes wisely, either offensively in order to cripple and destroy your opponents, or defensively, if they suspect a barrage of incoming weapons fire is due.

Roguelite campaign mode where death is permanent but with persistent rewards from one game session to the next. Drive back the invading forces and press forth for victory!

Inspired by the steampunk genre and Victorian science fiction.
Loot new technology and upgrade abilities from the wrecks of fallen enemies.

Customise your Ironcast with a range of unique weapons and defensive systems. Over 50 different unlockable items will ensure an almost limitless number of combinations.