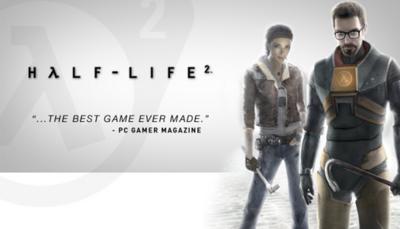 Steam
Pack
Half-Life Complete
6 hours ago
$36.52
In order to buy Half-Life 2, select the offer that suits you from the list. Click on it, after which you will be taken to the store website where you can buy Half-Life 2.

Half-Life: A Place in the West
Free

1998. HALF-LIFE sends a shock through the game industry with its combination of pounding action and continuous, immersive storytelling. Valve's debut title wins more than 50 game-of-the-year awards on its way to being named "Best PC Game Ever" by PC Gamer, and launches a franchise with more than eight million retail units sold worldwide.