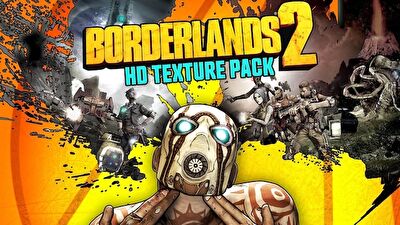 Increase the visual fidelity of Borderlands 2 and its DLC with upgraded and remastered environment, character, and weapon textures.