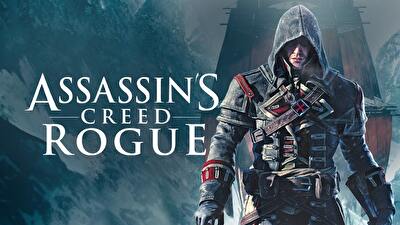 Become the Ultimate Assassin Hunter
For the first time ever, experience the Assassin’s Creed universe from the perspective of a Templar.
Play as Shay, who, in addition to the deadly skills of a Master Assassin, also possesses never before seen skills and weapons:

Equip Shay’s deadly air rifle for both short and long range combat.
Distract, eliminate, or confuse your enemies by using a variety of ammunition, including specialised bullets and grenades. Protect yourself from hidden Assassins with your enhanced eagle vision.
Constantly assess your surroundings and detect Assassins hiding in the shadows, on rooftops, and in the crowds

Slowly Descend into Darkness
Witness Shay’s transformation from an adventurous Assassin to a grim and committed Templar willing to hunt down his former brothers.
Experience first-hand the events that will lead Shay down a dark path and set him on a course that will forever change the fate of the Assassin Brotherhood."