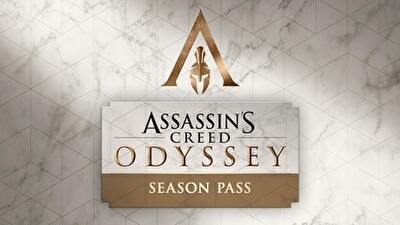 Enhance your Assassin's Creed® Odyssey experience with the SEASON PASS.

The SEASON PASS includes two new major story arcs of three downloadable episodes each:
- LEGACY OF THE FIRST BLADE: Fight alongside the legend who first wielded the Hidden Blade to change the course of history.
- THE FATE OF ATLANTIS: Confront godly creatures and uncover the secrets of the legendary sunken city.