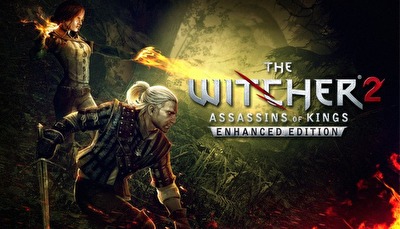 The second installment in the RPG saga about the Witcher, Geralt of Rivia. A new, modern game engine, responsible both for beautiful visuals and sophisticated game mechanics puts players in the most lively and believable world ever created in an RPG game. A captivating story, dynamic combat system, beautiful graphics, and everything else that made the original Witcher such a great game are now executed in a much more advanced and sophisticated way.

The Witcher 2 was acclaimed one of the best RPGs by the biggest worldwide media outlets:
- “Redefines expectations for an entire genre” – New York Times
- “One of the best role-playing games in years” – IGN – 9/10
- “You can't afford to miss it” – Gametrailers – 9.4/10
- “One of the most memorable and best written fantasy video games you'll ever play” – 1up

What's New in the Enhanced Edition:

Mature, Dark Fantasy, Based On A Novel, Medieval, Magic, Dark