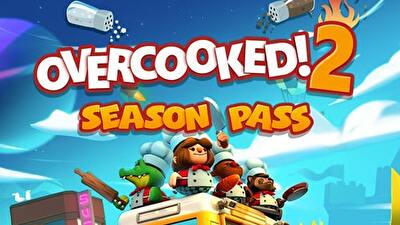 First Course (Out Now): Campfire Cook Off
It’s time for some camping capers as you take a road trip through the forests of the Onion Kingdom. Joining Kevin and the Onion King are 4 new chefs that are right at home in the wooded kitchens; Scout Chef, Bear Chef, Beaver Chef and the bespectacled Owl Chef.
You’ll need to chop wood to keep the fires burning as you fry up a hearty breakfast, or toast tasty S’mores across 15 new levels set amongst tree-tops and tents. New levels of co-operation will be needed for the new wearable backpacks that hold the ingredients the team of chefs need to serve the hungry campers.

Third Course (Out Now): Carnival of Chaos
Overcooked! 2 Carnival of Chaos invites players to a celebration of all things cooking, co-op and chaos! This colourful new DLC will put players to the test as you take on combo meals and that kitchen essential, the canon!