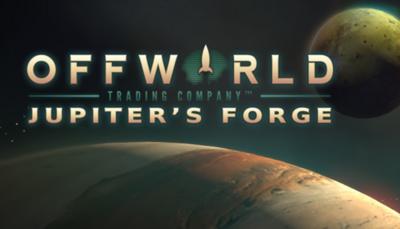 If you thought turning a profit on Mars was tough, just wait until you land on Jupiter’s volcanic moon, Io. With resources that deplete over time creating fierce competition, you will have to adapt to the new environment faster than your opponents.

Two brand new factions have joined the corporate world on Io where the new resource system offers a steep learning curve. There are plenty of new sources for power, but some of humanity’s basic essentials - like water - don’t exist.

In order to thrive on Io, you will need to steer yourself away from everything you thought you knew about Mars and re-order your building priorities to outshine your competitors.

With a brand new campaign, locations, factions, patents, resources, and much more, Jupiter’s Forge is a must-have addition for your Offworld Trading Company experience.