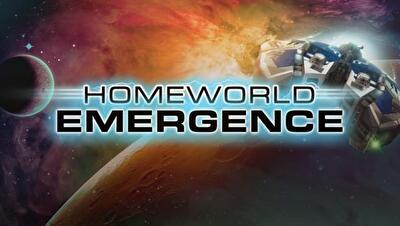 Homeworld: Emergence was originally released as "Homeworld: Cataclysm". "Cataclysm" is now a registered trademark of Blizzard Entertainment, Inc., and the game has been renamed to avoid confusion. Other than the subtitle change, the game is identical to the game released in 2000.

15 years ago, we were awakened from the cryo-trays. We had survived the journey to Hiigara, our lost homeworld. Then they told us that the planet we left behind had been destroyed. Our families... friends... everyone not on the mothership - killed. Destroyed by an enemy we never knew.

We realized there was nothing for us on Hiigara. No property, no rights, no future for the "Sleepers". So we returned to the stars, fully awake this time, to work and rebuild our lives.

It is ironic, then, that we are the ones to discover an alien capable of exterminating all life in the galaxy. And only we are in a position to destroy it.

Fifteen years after returning to their homeworld, a Hiigaran sect unwittingly releases an alien horror. Now it's up to you to commandeer the Kuun-Lan, a Hiigaran mining vessel, and transform it into a combat-ready mothership. Build and control a fleet of ships, research technologies, and harvest resources while you search for a way to eradicate the alien threat before it is too late.