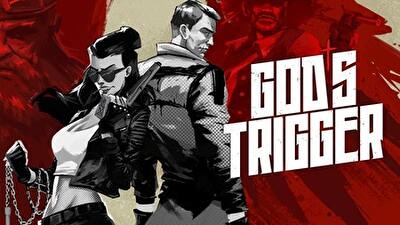 GOG
Pack
God's Trigger O.M.G. Edition
35 min ago
$17.99
In order to buy God's Trigger, select the offer that suits you from the list. Click on it, after which you will be taken to the store website where you can buy God's Trigger.

God’s Trigger is a power fantasy where you dispatch enemies with speed and precision in a balet of blood and explosions.
Burst through a room in seconds killing with one of the many weapons, freely selectable special abilities, environmental hazards, and melee attacks.

Kill enemies in the most graphic way possible

Make split-second decisions, dodge bullets and inflict violence in a highly stylized, fast-paced bloodbath.
Each character brings their own unique powers. With a treasure trove of weapons and customizable special abilities you have the means to annihilate your enemies in just the way you like.

Two heroes working together will slay enemies twice as fast!

Switch freely between Harry and Judy, the Angel and the Demon, at any moment in solo mode, or grab a friend and work together in co-op for even greater bloodshed!